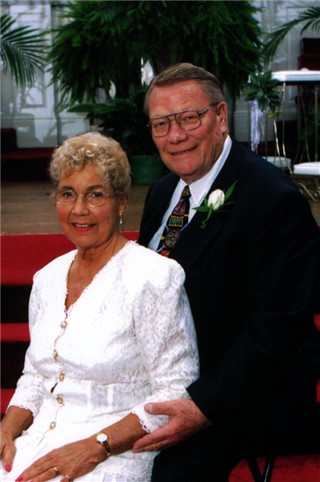 Dean has been the Pastor at Chapelwood Community Church since 1988.  He came here from Tyler, Texas where he had developed a School of the Bible at the Youth With A Mission base, working there for seven years.  Prior to his work with YWAM, he had been the senior Pastor at Berean Chapel, an independent church in Portsmouth, Virginia from 1971-1981.  Previous to that he served as a part time minister in three different churches while also serving 20 years in the Navy, retiring from military service in 1971. He has been in full time ministry for over 30 years.

Dean and Shirley have been married over 50 years and have four children plus twelve grandchildren.   Shirley has been a Christian Educator and was actively involved in teaching at various private schools from 1976-1992.